Since 2005, YouTube has been one of the most popular websites in the world. Over time, YouTube’s website and apps have gained a lot of new features. We’re going to tell you about some things you might not know.

As a video plays, subtitles are shown at the same time. That’s why subtitles are there, but you can also see the full transcript.

This is especially helpful when you want to read the subtitles at your own pace, copy text, or even search for words spoken in a video. You can make transcripts on the desktop version of YouTube and on the iPhone and Android apps.

Save videos to watch later

You may have been looking through YouTube and found a video that looks interesting. But what if you can’t watch it right now? This is an excellent use of the “Watch Later” feature.

Watch Later is basically just a list of videos you can add to watch later. It’s great for saving videos you don’t want to forget, and it works anywhere you can use the YouTube website or app.

It’s very common for YouTube videos to have a different aspect ratio than the screen on your phone.
You can zoom in on a video to fill the whole screen, but you must do that each time.

You can make videos always take up the whole screen, though. You don’t always have to pinch to zoom, but you can zoom out if too much of the video is cut off.

Find all your comments

If you leave comments on many YouTube videos, your comments will be spread out over dozens of videos.
But there’s no good way to look at all of your comments at once.
If you don’t know where they are going.

Your YouTube comments’ history is kept in the Google My Activity portal. You can go to the comments section on YouTube and see them all in order.

Double tap to jump back and forth

Here’s a quick tip that will save you a lot of time when using the YouTube mobile app to watch videos.
Instead of using the seek bar, double-tap on the left or right side of the video to move forward or backward

You can change the length of your jumps when you double-tap to move forward or backward in a video.
It is set to 10 seconds by default. This length can be changed from 5 to 60 seconds. When you find yourself tapping the video too much, that’s a good sign.

They probably sent the person a link to a YouTube video and told them to “start at 3:21” or something along those lines. Sharing a link that starts at a certain time is a better way, but there’s an even better trick that not many people know about. Clip is a feature that can be used on the YouTube website and apps. You can choose a beginning and ending time and share the video as a “clip.”You can give the clip a name and share it like you normally would. To use this feature, you must have a YouTube channel, which is the only catch.

Videos on YouTube don’t have to be watched at the same speed they were uploaded.
Any video you want can be sped up or slowed down. This is helpful if you want to rewatch a scene in slow motion or get through a long video a bit faster.

You can change the speed of playback through the web and mobile apps. You can pick any speed between 0.25x and 2x, where “1” is the normal speed.

There are a lot of helpful little tricks in the last feature. On Windows, Mac, Linux, and Chrome OS, YouTube on the web works with many keyboard shortcuts.

You can use these keyboard shortcuts to move between videos, control playback, and even move around the YouTube interface. Check out the whole list to see if any tips can help you enjoy YouTube more.

YouTube is one of those services that both beginners and experts can use. There’s a feature for everyone, whether you only watch videos on YouTube once in a while or all the time. 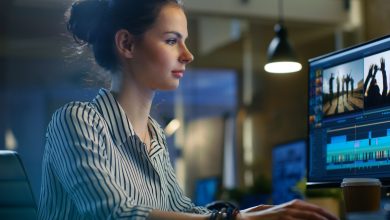 15 Best Video Editing Tools To Edit your video In 2022 7 Ways to Fix the Discord No Route Error Today