Do you and your moderators find it hard to keep your Discord members interested and safe from spammers and internet trolls?

This post will tell you about the 11 best Discord bots to help you and your team run a more secure and fun server for your community.

The best Discord bots for your server MEE6 is one of the best bots for moderating Discord and the most popular one. It does many things that a mod team would usually do.

This includes welcoming new users, telling your server when you or your favorite content creators go live on Twitch and YouTube, and letting users give themselves roles based on how they react.

Two of MEE6’s more complicated features are a command tool that lets you make your commands and an XP leveling system that lets users grind to access other channels and permissions based on how much they use the program.

MEE6 also has plugins that let you add music and make your Discord bot.

Some features are locked behind a paywall with monthly, yearly, and lifetime plans. 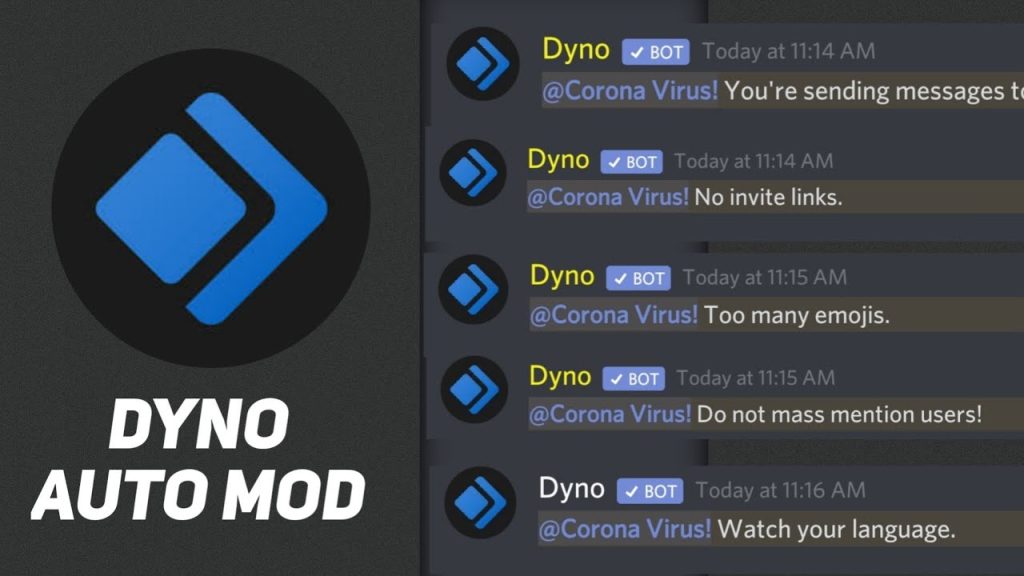 Dyno is a moderation bot that you can change. You can turn every feature on or off based on your server’s needs.

When it comes to moderation, Dyno has time-based bans and mutes, an anti-spam detector that automatically mutes and bans people, and mod logs. All of the moderation settings can also be changed.

Aside from moderation, Dyno can automatically assign roles, let you make your commands, let members join ranks, let you make announcements to the whole Discord server, set AFK statuses, and do a lot more.

Some features cost extra. Plans depend on how many servers you want the bot to work on. 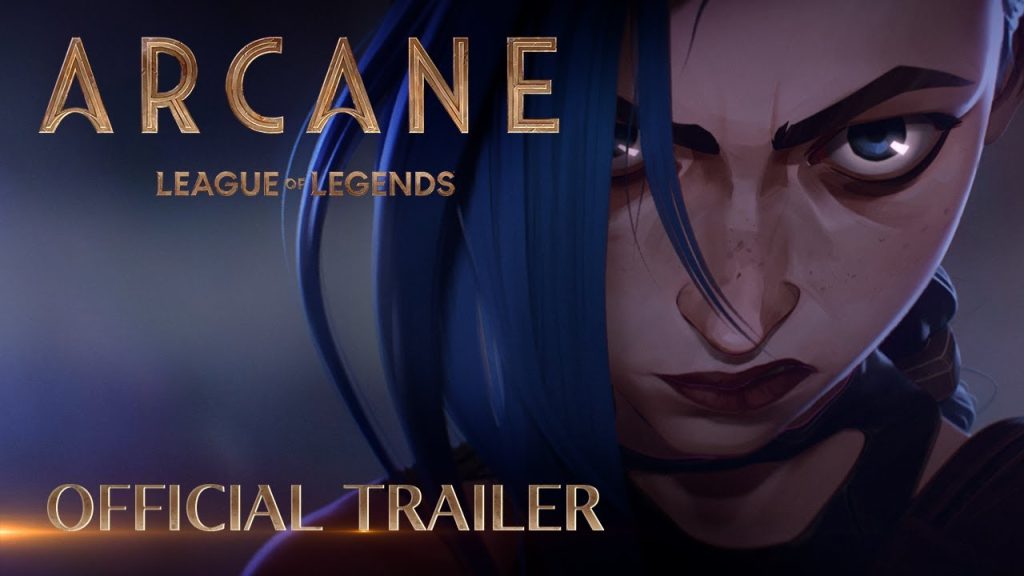 Arcane is similar to MEE6 and Dyno, but its main goal is to level up. This free feature can use role rewards and leaderboards on your server. The bot can even figure out what you are saying. There are also reaction roles, YouTube channel notifications, advanced logging, automatic moderation, and custom commands. Premium plans cost more and vary by how many servers you use. 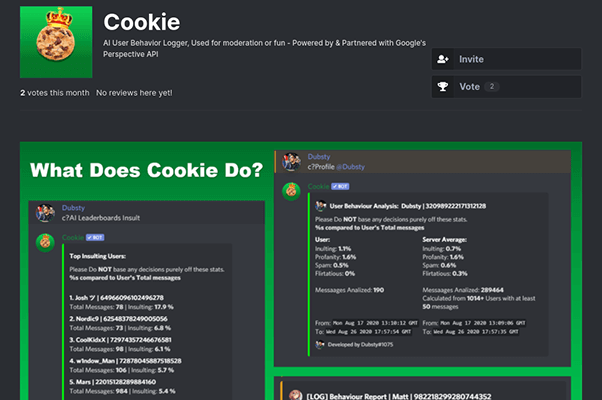 A cookie is an AI that keeps track of your behavior and can spot swear words, slurs, unwanted flirting, and spam.It keeps track of behavior reports by letting you know when a user has used any of the above words and even giving you a link to the message in question. It also makes a list of the worst offenders on your server. 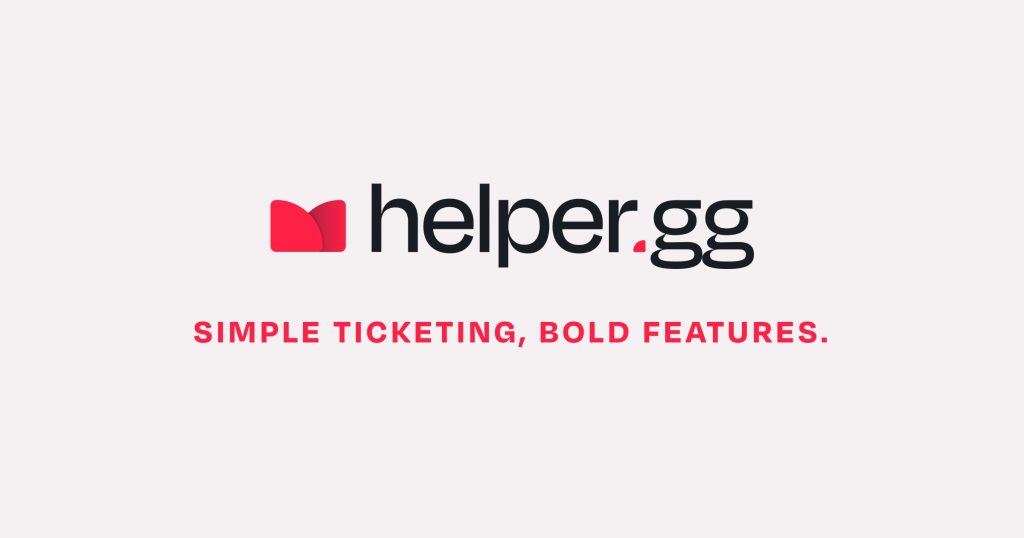 Helper.gg lets you turn your support team’s Discord server into a ticket system.
It’s a panel-based ticket bot with a beautiful user interface that makes it easy to manage and respond to tickets that your customers create.

Set up staff accounts for your company’s customer service team and decide what each account is allowed to do.
Status tags and ticket logging are both available. You can rename and move tickets, add and remove users, and have tickets close automatically after a long time has passed since the last reply.

Some features can only be used with paid plans. 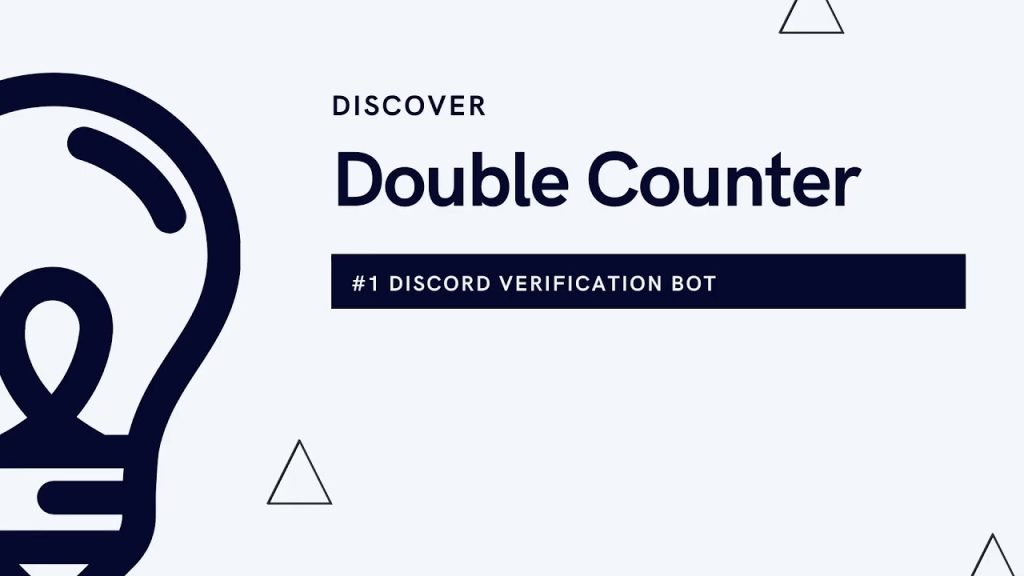 Your Discord server would be better with the Double Counter bot. It finds the IP addresses of banned accounts so people can’t make new accounts and get back into the server. It stops VPNs and raids as well. Based on the IP addresses, cookies, and ages of alt accounts, Double Counter uses a “holistic score” score to find bad actors.
It keeps detailed logs and can be changed in any way you want. A simple one-tier subscription model is used for a paid version with more features. unbelievable is a multipurpose Discord bot that can be used to do fun things with server members.
The good news is that these features come with a moderation system that you can use to warn users and ban them if you want to. Your moderators can track what’s happening by giving each action a case number. Make a leaderboard system for your economy. You can even set up a shop where members can buy things with the money they earn. There are also member roles. You can play games on a Discord server: blackjack, roulette, animal races, cock fighting, and more. You can stream music and radio stations to voice channels from sites like Spotify, YouTube, and SoundCloud. 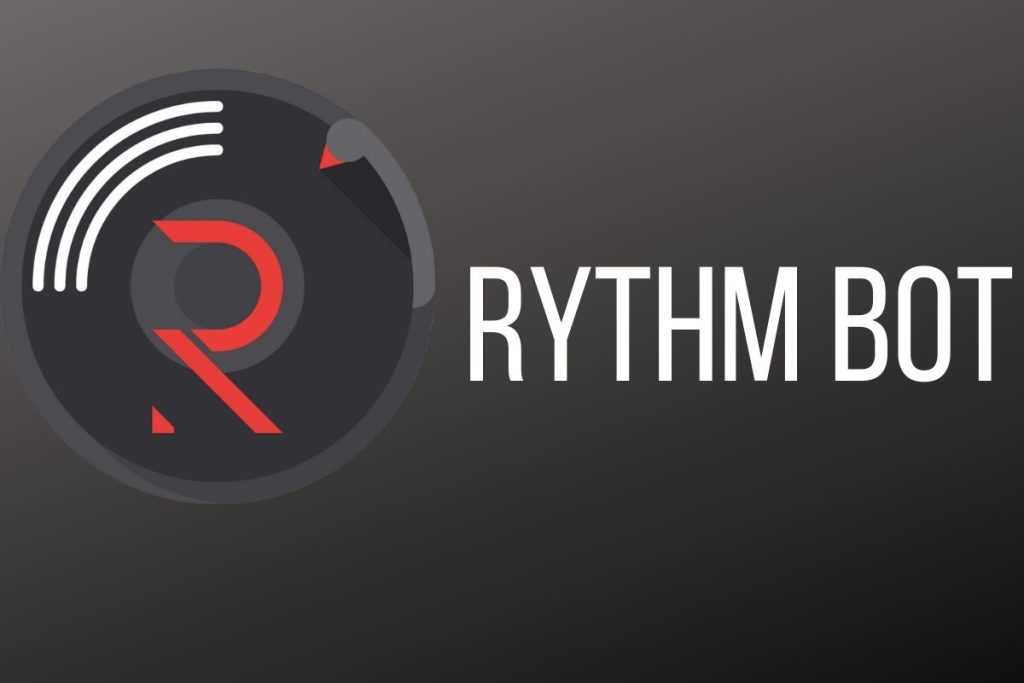 Rhythm is another great Discord bot that you can use to play music in the voice channel of your server.
This one has a nice-looking user interface and a music player that you can use. This makes it easy to change the queue on the channel. The settings can be changed. You can give DJs jobs, stop certain channels from playing music, and ensure that the same song doesn’t show up twice in the queue. Groovy works on more platforms than Rythm. Spotify, YouTube, SoundCloud, and Bandcamp are where you can get music. Apple Music is not currently supported. There are different premium plans based on how many Discord servers you have. 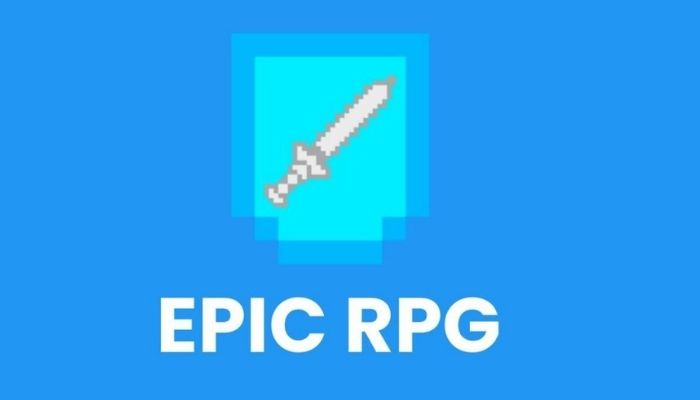 You can play text-based role-playing games on your Discord server with EPIC RPG.
It has an economic system and lots of things for your members to do, like dungeons, gambling, loot boxes, and player vs. player (PvP). Players can unlock new commands as they gain levels, get new weapons, and defeat dungeon bosses. Players can use a wide range of RPG-style commands in battle, the economic system, and crafting. Your members can do at least 15 dungeons. 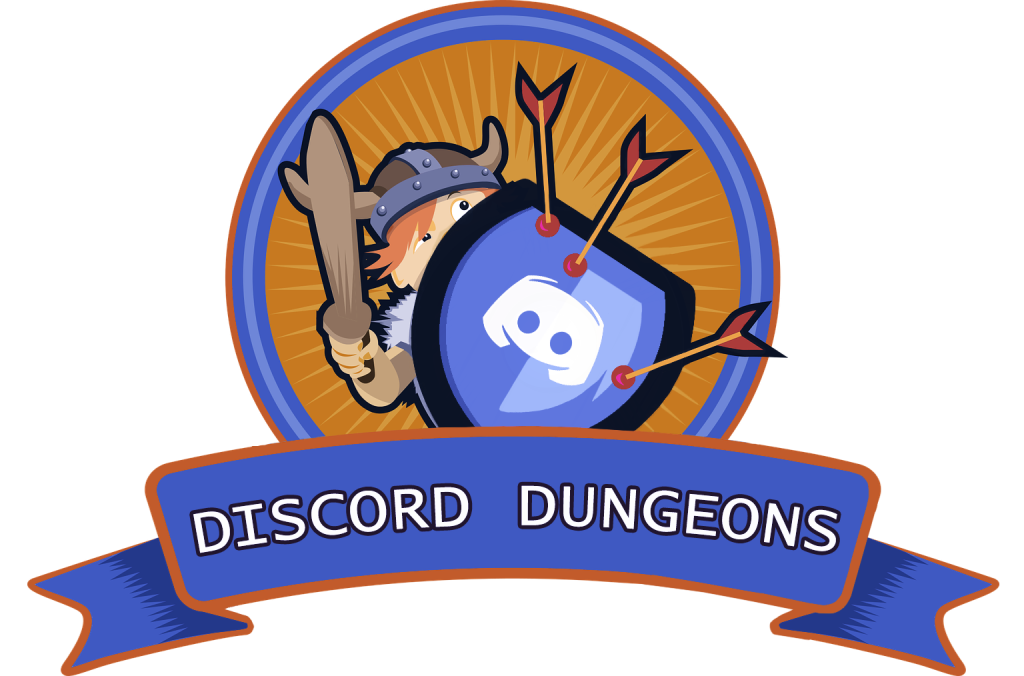 Another RPG bot you can add to your Discord server is DiscordRPG.Your members can join guilds, do quests alone or with friends, and fight enemies using chat commands. Even well-known RPG skills like woodcutting, mining, foraging, and fishing are built into the bot. Also, new content is added all the time. You can change the chat commands and make your quests when you invite the bot to your server. 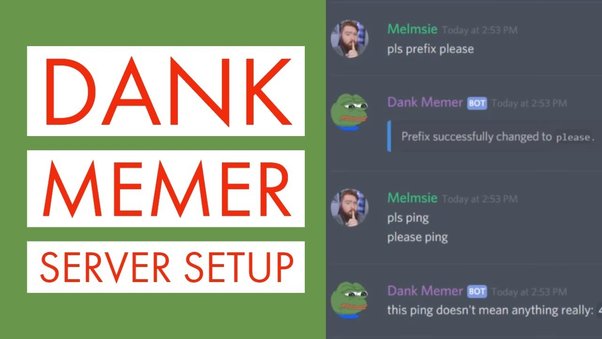 Dank Memer is another bot that is meant to be fun. It has one of the largest built-in economies, and members can use it on text-based adventures like stealing, robbing banks, and gambling. As its name suggests, it also has a lot of commands that have to do with memes. Simple chat commands allow members to make memes. Some memes post themselves. Every day, the top memes on Reddit are used to make memes.

So there it is! Here are the 12 best bots you can use on your Discord server to make it more fun and useful.
But it’s not enough to just install every good bot that someone suggests.

Join your server to learn more about the people who hang out there. This will help you pick the best Discord bots for fun and moderation. For example, the Cookie AI is very helpful for Discord servers with many active users.
If you get a lot of complaints about members who don’t follow the rules, this can help your mods find those members much faster. But if your server is much smaller, you can probably get by without it.

Look at all the jobs you and your moderators are in charge of and see if any of the above Discord bots can help you make your server a more fun place to hang out. 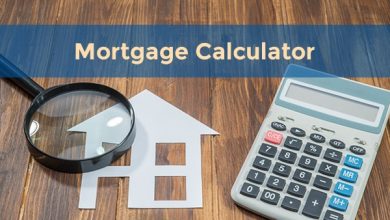 How to Use of Mortgage Calculator in USA 2022 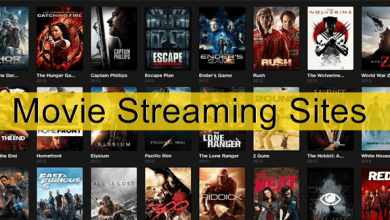 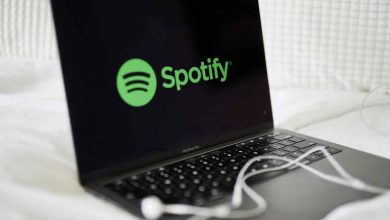